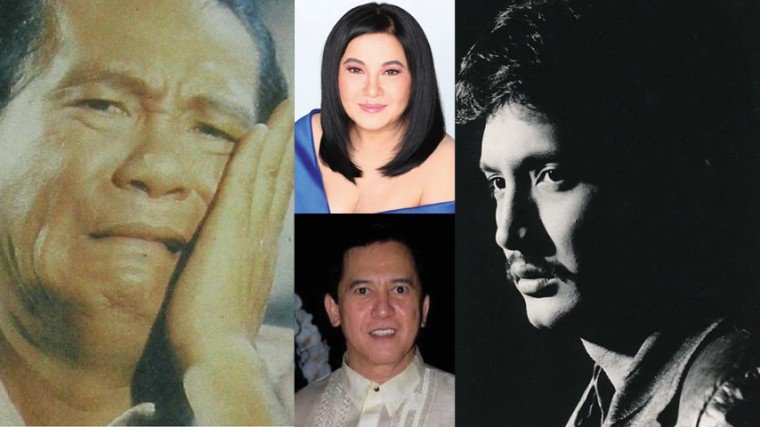 The backstage drama between Rudy “Daboy” Fernandez and Bert “Tawa” Marcelo at the 14th Gawad Urian in 1991 could have remained an industry secret, save for the fact that there must have been two or three press people who heard about the commotion. No, they didn’t witness it themselves, but were aware that there was something newsworthy that just transpired at the CCP backstage. It was all over the tabloids the next day.

I had hoped that incident would not resurface. The persons involved, after all, had both gone to their eternal rest.

But then, Will Smith decided to slap Chris Rock on the Oscar stage last week. And so the infamous slapping episode between Rudy “Daboy” Fernandez and Bert “Tawa” Marcelo is now all over the internet.

Yes, that ugly scene also took place during an awards night – at the 14th Gawad Urian – in April 1991. But you have to give it to Daboy: He had the decency to vent his anger backstage – during a commercial break.

The slapping wasn’t done in full view of the entire world, which what happened during the 94th Academy Awards in Hollywood. So it’s not true that the television audience was witness to that unfortunate event.

What got televised was when Lino Brocka rejected the Urian when he won best director (for Jaguar) in 1980. I do not know the story behind that since I was still in school then. That should be on video – in the archives left behind by the late Armida Siguion-Reyna, who produced the Urian show that year.

But the 14th Gawad Urian? You can offer TV producer Tessie Celestino-Howard a million bucks (her files are in order), but she won’t be able to produce a video with Bert being confronted by Daboy.

I did not personally witness the slapping, but I was aware of all the circumstances around it since I was then the chairman of the Manunuri ng Pelikulang Pilipino. During my first term the year before, I had already insisted on having Bert as host of the Urian.

Bert’s handling of the first Film Academy Awards (now Luna) eight years earlier was quite impressive and I never forgot that. It was an overproduced show that went on for hours, but Bert and co-hosts Helen Vela and Vic Silayan were able to keep the audience glued to the program.

When told about the invitation to host the Urian, he became excited despite the fact that the talent fee was a meager P3,000. Hmm, that amount still had some value back then. In fact, that was the standard rate even for singers performing in awards programs in those days.

But Bert was more concerned with the people he was going to work with and was pleased when told that the Urian show was going to be directed by his good friend Al Quinn. And then, there was the venue – the main theater of the Cultural Center of the Philippines. Not that many showbiz people are allowed to set foot at the CCP stage since it caters mostly to the elitist crowd.

Hosting the Urian was also a dream-come-true for Bert. He said so himself. He had done practically all the awards shows, except for the Urian, which had a reputation for being snooty, particularly in its earlier years.

To help him in the three-hour show, he was given lady co-hosts: Aiko Melendez, Cherie Gil, and the esteemed Rosa Rosal. As expected, Bert delivered an excellent job as main host.

The following year, he was invited again to host the Urian – also at the CCP main theater. This time, his female co-hosts were Snooky Serna, Lorna Tolentino, and Vilma Santos. It was meant to be a grandiose affair since the Manunuri members were handing out decade awards for the best pictures and performers of the 1980s.

Oh, that was so long ago, Donna Cruz was still Donna Yrastorza (her real maiden surname) when she performed in one of the musical numbers. Another production number merged the talents of the prestigious Bayanihan Dancers and the supposedly low-brow That’s Entertainment of German Moreno.

Also trivia-worthy was the fact that the acting winners were real-life couples: Michael de Mesa and Gina Alajar (they were still happily married then) and Christopher de Leon and Nora Aunor (still legally wed up to that time).

But people hardly remember most of the events that transpired in the 14th Gawad Urian. All they recall is the slapping incident between Rudy and Bert.

Since social media had brought up that chapter, I have decided to write about it to correct falsities that had been posted all over the internet. On Facebook, some comments unfairly picture the late Rudy Fernandez as an entitled action superstar who randomly slapped people around.

That’s not true at all. No one bothered to point out that Rudy was problematic that time. In today’s lingo: “may hugot or may pinagda-daanan.”

And so, this was the back story:

The week before the Urian, intruders were able to penetrate into the White Plains home of Rudy Fernandez and Lorna Tolentino. Daboy had always been a responsible family man and he was worried sick about the safety of his wife and kids, Ralph, Renz, and Mark, who occasionally would sleep over with his siblings.

Daboy was all over the press that week. He was constantly being hounded by media people who wanted him to talk about the unwelcome intrusion into his residence. That was stressful for him.

Although he managed to project movie star glow that night of the Urian, he was actually an emotional wreck inside. He and wife Lorna were still badly shaken by what happened at home just days earlier.

On the part of Bert, he had to keep the CCP audience constantly entertained since the commercial breaks were long. There were also technical glitches in the program and as host, he had to communicate with the people in the hall to make sure they didn’t get bored.

At one point, he must have thought it funny to put Daboy and Phillip Salvador in a bromance situation. The two actors were secure about their masculinity anyway.

Phillip had just accepted his award as one of the best actors of the decade and decided to settle beside Daboy, who was in the audience watching Lorna do her hosting chores. During a break in the show – another long wait for the CCP crowd – Bert decided to joke about the closeness of the two actors. He even teased Lorna about how Daboy was supposedly holding hands with Phillip (although they were not).

It wasn’t really a hard slap that landed on Bert’s right cheek. It wasn’t what Tagalogs call “sampal.” It was more of “tampal,” which is hardly painful at all. Of course, what pained Bert was the fact that the production crew witnessed that unpleasant scenario between him and Daboy.

Vilma Santos saw that. She was waiting for her cue as the next host backstage when the incident occurred. As a result, she was trembling and paler than her white beaded dress when she came out on stage.

The backstage drama between Daboy and Bert could have remained an industry secret, save for the fact that there must have been two or three press people who heard about the commotion. No, they didn’t witness it themselves, but were aware that there was something newsworthy that just transpired at the CCP backstage. It was all over the tabloids the next day.

During the anniversary presentation of one of Inday Badiday’s talk shows, Daboy and Bert were named as the top news-makers of the year. Even their reconciliation was well-covered by the press: Daboy sought out Bert during a showbiz affair to personally apologize to the comedian-host.

That was the end of the story. And it was a decent ending. There was no scandal – contrary to false perceptions on the internet - given the fact that the two people involved were true gentlemen who merely found themselves in one brief, unfortunate situation that had always be part of this profession called show business.

The Butcher | Showbiz deaths so early in 2022