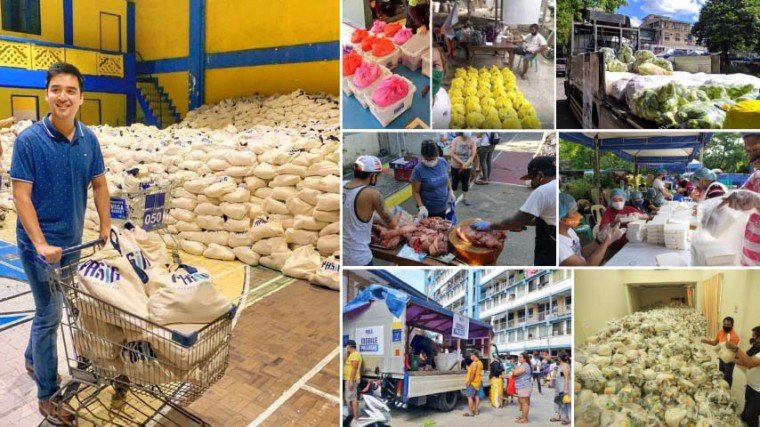 From the time of the Spanish rule, Filipinos had always been burdened by taxes. But with the efficiency, quick response and compassion displayed by Vico and other exemplary Metro Manila mayors in these trying times, it is comforting to know where our taxes go.

In the last few decades, Quezon City had been unofficially dubbed as the country’s entertainment capital – primarily because the two big networks are there: GMA-7 and the now-disenfranchised ABS-CBN.

This wasn’t the scenario some 50 years ago. Before the martial law era clamped down on media and changed the landscape of television, TV networks were scattered all over what was then called Greater Manila Area.

ABS-CBN’s Channels 2 and 4, operated from the Broadcast Center – the same compound where the Kapamilya network is still presently housed. Before it was confiscated by the Marcos government, that broadcast complex was the most modern in all of Asia.

ABC-5 was in Pasong Tamo in Makati, while the Republic Broadcasting System Channel 7 was already in that EDSA compound where the GMA studios  are currently located.

Kanlaon Broadcasting System or Channel 9 bought the old ABS-CBN studios  in Pasay and that was where Boy Abunda (then on a summer break from Samar) went to see Nora Aunor in the Superstar variety show.

MBC Channel 11 was in the old Jai-alai Building on Taft Avenue, while IBC-13 was in San Juan – in the P. Guevara area.

Entertainment personalities then didn’t mind driving to the different points of the metropolis to fulfill their various TV commitments. Traffic was relatively light and concentrated mostly in intersections in those days.

Sylvia la Torre was the queen of television then – what with her three TV shows and one radio program in ABS-CBN. It was a breeze to get to her network from her residence in Pasig – in Barrio Kapitolyo, where Pepe Pimentel was a neighbor.

Sylvia and Pepe must have chosen to live in Barrio Kapitolyo because it was a quiet and peaceful subdivision back then – and not yet the restaurant row it later became. The two TV personalities were not original Pasiguenos. Pepe, for instance, grew up in then mostly Spanish-speaking San Juan – in Pinaglabanan.

Before he moved to Pasig, this once Rizal capital already had its share of artists in pop culture. There was komiks legend Francisco V. Coching, who later became a national artist. Another komiks great from Pasig is Carlo J. Caparas.

In 1961, the district of Buting in Pasig cheered the victory of Rufina Esperancilla in Tawag ng Tanghalan. Along the Bambang main road, motorists pointed to the house of LVN star Hector Reyes. A younger brother, Edwin Reyes, also joined showbiz via Batch ‘81. He is now often cast in character parts.

The development of gated subdivisions in Pasig saw the migration of a lot of entertainment personalities. Chiqui Hollmann stays with her family in San Antonio, a barangay said to be so rich, it has its own fire station.

Of course, there are the various phases of Valle Verde. In Valle Verde IV lives Eat Bulaga boss Antonio Tuviera. Ricky Reyes once lived in Valle Verde VI, but has since moved to Capitol 8, another exclusive community in Pasig just off Shaw Boulevard.

The most revered Valle Verde resident today and probably in all of Pasig is its very young mayor, the now-celebrated Vico Sotto.

Since the start of the pandemic, Vico had been hailed as a hero – thanks to his spectacular handling of his city in the middle of this health crisis.

And now, Pasiguenos are the envy of neighboring cities – if only for the wealth of relief goods being distributed in Pasig. Let’s not get into the distribution of cash benefits anymore because that is a messy affair since the aid comes from the different government agencies like DSWD and the SSS. Vico distributes food vouchers though that could be redeemed in the various rolling stores set up all over the city.

Pasig affairs in this COVID season are reported with regularity via 24 Oras by Mariz Umali who does her live updates in front of the Pasig Museum – the former Concepcion mansion that was sold to the city for a measly P700,000 in 1977. Standing almost across Pasig Cathedral, that mansion originally belonged to a former Pasig mayor, the late Fortunato Concepcion. One of his descendants, Vina, married the late actor Luis Gonzales in the 1960s.

Mariz Umali reporting in front of that landmark is truly fitting because it is one of the city’s prized treasures. It was there where Mariz gave the good news about Pasig not having a new COVID-19 case in that entire second week of May.

It was also there where Mariz called the attention of Pasig government authorities about the plight of a woman whose only source of livelihood is ferrying passengers across some rivulet for P2 per person. Hers’ is a difficult situation to be in: She has nine children – plus several more grandchildren staying with her. The woman said that though they had received relief goods from the government, all that had already been long consumed. Here’s hoping city authorities had already come to her rescue by this time.

Although the distribution of government aid is still far from perfect in Pasig, majority of the people in the city seem to be quite happy with Vico’s governance, especially in these pandemic times.

The kind of relief goods distributed among the people of Pasig actually vary from barangay to barangay. In the densely-populated Pinagbuhatan area, the typical relief goods given to residents comprise of the usual rice (five kilos per family), sardines, corned beef, canned tuna and luncheon meat.

In Oranbo, however, aside from rice, sardines and corned beef, the people there also got cans of fruit cocktail. Two weeks ago, a lot of them also received dressed chicken and in another area, pork leg that some turned into crispy pata.

It is doubtful though that people living in those exclusive subdivisions get relief goods. Tingting Cojuangco, for instance, lives in fancy Phoenix Heights in Oranbo.  Surely, she won’t go hungry even if she doesn’t get her share of free sardines and corned beef.

The relief goods don’t necessarily all come from the city government. Some are donated by friends of village officials. Even former Pasig Mayor Bobby Eusebio – Vico’s opponent - sent relief goods to his former constituents. That is what you call healing as one.

Vico, of course, isn’t the only Metro Manila mayor whose performance is noteworthy. In a survey conducted very recently, the respondents were also all praises for Rex Gatchalian of Valenzuela, Isko Moreno of Manila, Marcelino Teodoro of Marikina and Lino Cayetano of Taguig.

From the time of the Spanish rule, Filipinos had always been burdened by taxes. But with the efficiency, quick response and compassion displayed by Vico and other exemplary Metro Manila mayors in these trying times, it is comforting to know where our taxes go.

The Butcher | ABS-CBN franchise woes through the decades

The Butcher | Is this a blessing in disguise for ABS-CBN? 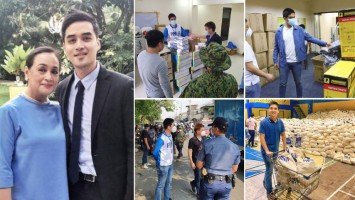