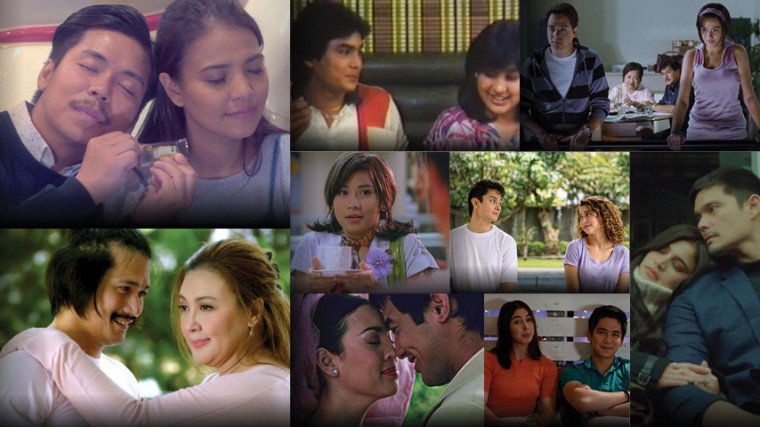 We are currently back to alert lever 2 when there is more freedom of movement. But please, have mercy on the rest of humanity. Maybe we can choose to be more responsible and stay home instead and watch romantic films in the comfort and SAFETY of our bedroom. There are so many love stories we can watch at home. Vivamax alone has a long list of romantic films that we can binge-watch. Let me share with you some of my favorites.

This Valentine’s Day, let us not repeat the same mistake we did during the holiday season. Just because the COVID cases went down significantly toward the end of 2021, we threw caution to the cold Siberian wind. A lot of us went out shopping and met up with family and friends and risked getting infected by the virus. As a result, we welcomed 2022 along with the Omicron variant.

Prior to the pandemic, the season of love filled our social calendar with various events: Valentine’s concerts and dinner with the special someone. That was the time of the year when business was brisk – what with everyone going out to celebrate Valentine.

We are currently back to alert lever 2 when there is more freedom of movement. But please, have mercy on the rest of humanity. Maybe we can choose to be more responsible and stay home instead and watch romantic films in the comfort and SAFETY of our bedroom.

There are so many love stories we can watch at home. Vivamax alone has a long list of romantic films that we can binge-watch. Let me share with you some of my favorites. 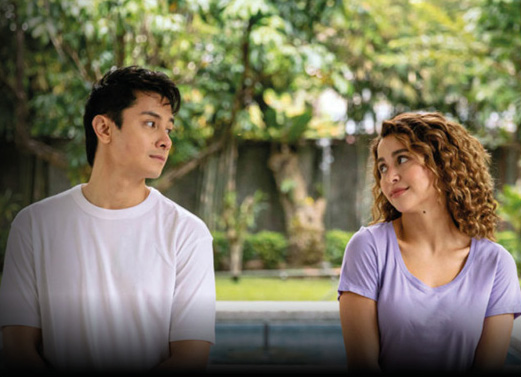 This tragic love story already had so many incarnations, but remains a favorite material for filmmakers because it is popular among viewers world-wide. There is a Taiwanese More than Blue streaming online, but it can be tedious watching.

The best option is to catch the local film version starring Yassi Pressman and  JC Santos. Everything is condensed here and the pacing is fast. Pressman and Santos also give heart-felt performances.

A word of advice though: If you are planning to watch the Filipino take on More than Blue, ask your special someone to include in the Valentine gift package a box of tissue paper. You will need that as you may cry your way through the film.

Vince and Kath and James 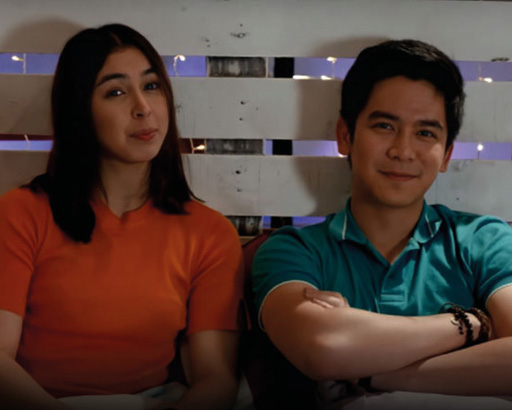 In 1973, Dolphy made a Filipino adaptation of the Edmond Rostand classic play, Cyrano de Bergerac. Entitled Cyrano at Roxanne, it starred Dolphy himself, of course - with Pilar Pilapil as his partner. The movie was directed by Armando Garces.

Forty-three years later, Theodore Boborol came up with a super updated version of Cyrano de Bergerac. It is already set in the digital age – when letter writing had almost become obsolete. The film was Vince and Kath and James. An entry to the 2016 Metro Manila Film Festival, it starred Joshua Garcia, Julia Barretto and Ronnie Alonte.

Although it featured a very young cast, this movie was appreciated even by the more mature (okay, older) viewers. The truth is, it was lapped up by those who wanted substance in their entertainment. And what could be more substantial than a film that took inspiration from a great literary treasure.

Vince and Kath and James became even more significant because of the performance of Joshua, who later went on to receive a Gawad Urian nomination for best actor. It was in this film where he was first hailed as his generation’s John Lloyd Cruz. 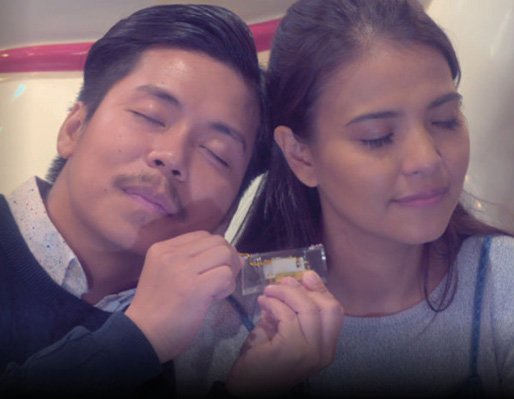 This was the biggest film surprise of 2017. It starred two actors who weren’t known for their box-office appeal: the toast of the indies, Alessandra de Rossi and comedian Empoy Marquez. But incredibly enough, it earned millions and millions at the tills. Imagine this – an intelligent Filipino film patronized by movie-goers.

This movie is excellently crafted by Sigrid Andrea Bernardo. But what makes the film work and attractive to audiences are the performances of Alessandra and Empoy, who both got acting nominations from the Urian. Alessandra is so brilliant here that she almost brought home the best actress trophy in 2017, except that she lost by a mere point to Joanna Ampil for Larawan. 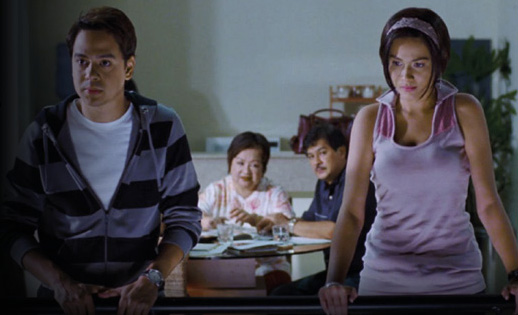 After John and Marsha, there’s probably no other screen couple more beloved by Pinoy viewers than Popoy and Basha. The film was directed by Cathy Garcia-Molina when she still had fresh ideas – and before she succumbed to the Star Cinema formula. Starring John Lloyd Cruz and Bea Alonzo, their chemistry in this movie is simply magnificent. 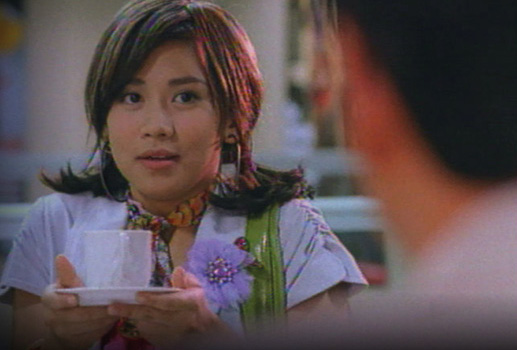 This movie shows the versatility and how bankable John Lloyd Cruz is as a leading man. Although his screen tandem with Bea Alonzo is iconic, his team-up with Sarah Geronimo works just as wonderfully. The John Lloyd-Sarah pairing is actually more fun – thanks mostly to Sarah’s vibrant screen presence. A Very Special Love was so well-received by the viewing public that it spawned two more sequels. 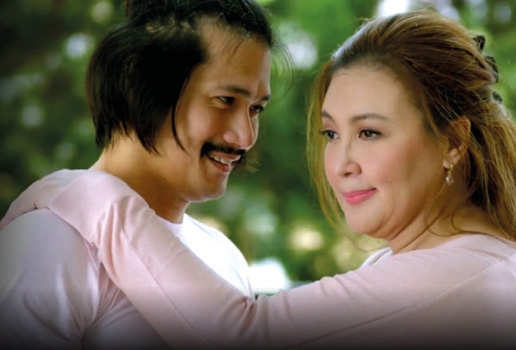 This is not only a romantic film. It is also FUN viewing. Released in 2017, this is actually a preview of Sharon Cuneta going wild in Revirginized.

Robin Padilla is also at his funniest best here – letting loose all inhibitions. Both he and Sharon have hilarious scenes spread all over the movie – like a short dance sequence, for instance. And that serenade – what a true rib-tickler it is. Sharon and Robin are at their most lovable here in Unexpectedly Yours.

Sid & Aya: Not a Love Story 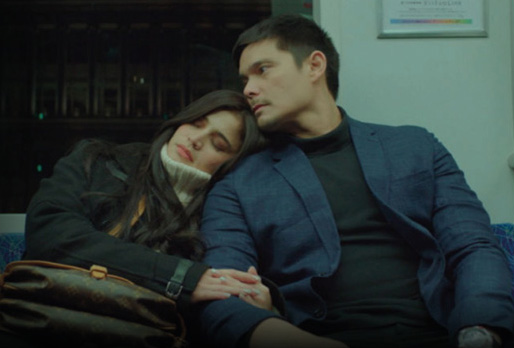 Directed by Irene Villamor and starring Dingdong Dantes and Anne Curtis, Sid & Aya is so well-crafted that it became the toast of the critics. For his performance in this movie, Dingdong almost won an Urian best actor trophy – defeated though by a slight margin by the late Eddie Garcia (for ML).

The film’s sub-title, Not a Love Story, can also be changed to Not Your Usual Pinoy Movie. Yes, it’s not that often that Filipino viewers are treated to a fresh material like Sid & Aya. This Valentine season is the best time to catch it or perhaps watch it again because it is now on Vivamax. 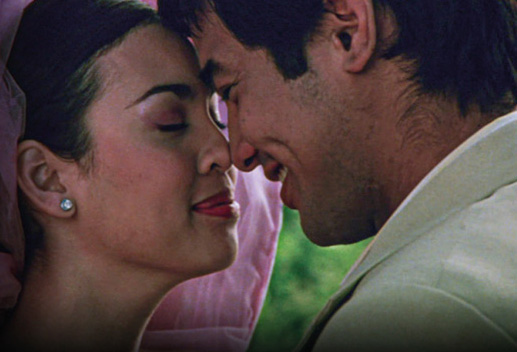 At the start of the new millennium, singer David Pomeranz was in the Philippines a lot – holding concerts as far as Nueva Ecija. It didn’t come as a surprise therefore that his song “Got to Believe in Magic” became a favorite on the airwaves. This inspired Star Cinema to cash in on the song’s popularity and the result was a Claudine Barretto-Rico Yan movie.

Got 2 Believe is handsomely made by Olivia Lamasan. But what makes the film important is the fact that this is Rico Yan’s last film. He died a month after the movie’s release. 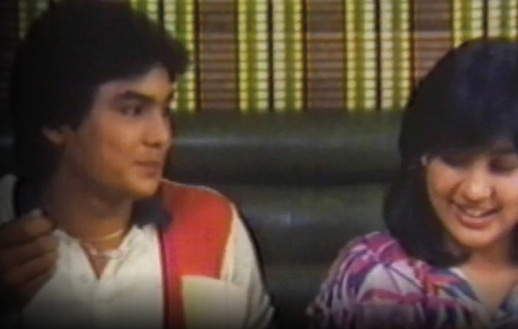 This is the second pairing of Sharon Cuneta and Gabby Concepcion. It is this project that cemented their love team. It is a classic Sharon-Gabby romance film and a must-see (again) for their followers.

Watching P.S. I Love You more than 40 years later may make you wonder: Where is Lampel Luis now? This former beauty queen has strong screen presence and it’s a pity she disappeared from the entertainment scene.

P.S. I Love You is also interesting to watch if only to see what Metro Manila (Was that ULTRA?) looked like in 1981, when the film was made, and how the people lived – mostly the fabulously rich, actually. (The old rich have since toned down their lifestyle – leaving the new money to flaunt their wealth on social media.)

Most of all, viewing P.S. I Love You will help us appreciate the growth of Sharon and Gabby as actors. In this movie, they are fresh, but raw. But in time, they became mature performers – with Gabby winning two Urian trophies and Sharon getting hailed as a grand-slam best actress. It would be nice to go back in time and have another look at them – how they were many Valentine seasons ago.