The Weeknd wins the most awards at the Billboard Music Awards 2021; but the BTS performance made the event more exciting 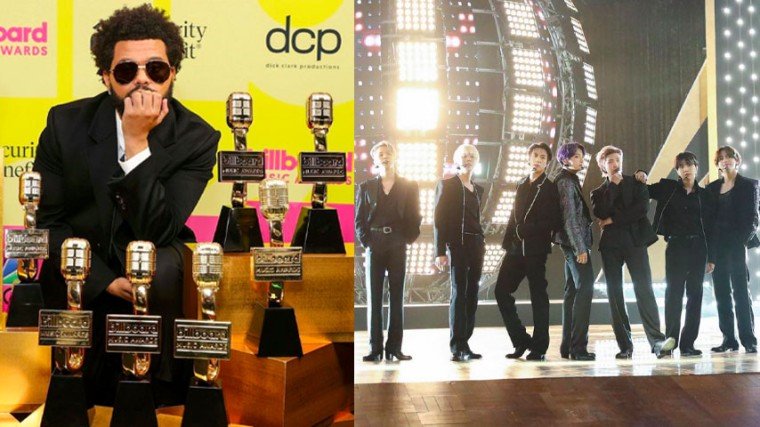 In this year’s Billboard Music Award, The Weeknd took home the most awards, but it was BTS who made the night much more exciting!

But the much-awaited performance of the night came from the world’s hottest K-pop group BTS as they took the stage to perform their brand-new English single, “Butter”.

BTS was nominated for Top Duo/Group, Top Song Sales Artist and Top Selling Song for "Dynamite" this year and they took home all four awards!

"Thank you for the Top Selling Song Award, which is amazing and huge. It's really an honor to be the winner of such a significant title. We wanted to share some fresh energy with everyone through 'Dynamite.' We think [with] this award, we achieved that goal. A big thank you, I love you, and bless. Maybe we could get the awards, as many as possible. That's our wish,” says RM.

"I think Butter is really simple. It's a song that you can really feel the charms of BTS and then it's a real summer song. You can just tell that this is a real BTS song. Hope you enjoy it!" says J-Hope.

Suga added: “The song will of course have fans moving as smooth as butter.”

Other artists who took home awards were P!nk, who received this year’s Icon Award; and Drake was honored with Billboard’s Artist of the Decade Award.

Here are the winners:

Artist of the Decade: Drake

Top Rap Album: Pop Smoke, Shoot for the Stars, Aim for the Moon

Ben Affleck and Jennifer Lopez are back together