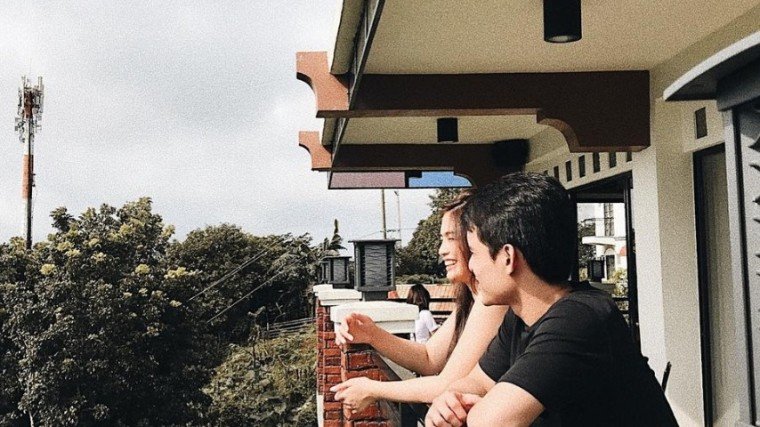 Jimuel Pacquiao is one supportive boyfriend!

The eldest son of boxing champ Manny Pacquiao, Jimuel recently admitted that he is dating teen actress Heaven Peralejo, whom he got to know after asking for a picture with her at a mall.

Since coming out with their relationship, Jimuel and Heaven, both 19, have openly supported each other's endeavours--namely, Jimuel's boxing career and Heaven's pursuit of showbiz.

The pair have openly shared photos with each other on their Instagram accounts, earning kilig from their fans.

Earlier today, Heaven posted a photo with Jimuel and singer Moira dela Torre, whom the young actress is a fan of.

In the post, Heaven revealed that Jimuel came to support her during her taping for the Kapamilya game show Minute to Win It.

"thank you bubu for supporting and accompanying me at MTWI 💪🏻," part of the actress's caption read.

Meanwhile, Heaven's "Ate" Moira also wrote a message to Heaven, saying: Always so good to see you @heavenperalejo!🤗💕 and thank you for introducing me to your bubu."

Moira also made a request to Jimuel: "Nice to meet you @pacquiao.emmanuel pls take care of her well! 💕💕."

The young Pacquiao has been following in the steps of his father and has been pursuing a boxing career.

Heaven, on the other hand, currently appears on the fantasy anthology Wansapanataym.

This is why Luis and Jessy are couple goals