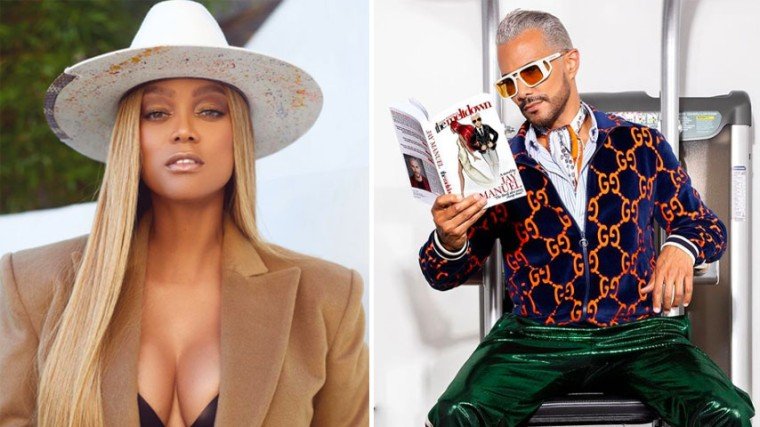 The novel is a satirical behind-the-scene of a fictional reality modelling competition titled Model Muse and the&nbsp;twisted tale of ambition, jealousy, blackmail, mystery, and revenge as seen through the eyes of a fictional character Pablo Michaels as he juggles his duties to his “BFF,” the ruthless and vulnerable antihero Keisha Kash, a Supermodel boss. The character Keisha Kash, based on the book is very similar to the author’s former boss, Tyra Banks. And the character Pablo is “very Jay Manuel” on print.

The novel is a satirical behind-the-scene of a fictional reality modelling competition titled Model Muse and the twisted tale of ambition, jealousy, blackmail, mystery, and revenge as seen through the eyes of a fictional character Pablo Michaels as he juggles his duties to his “BFF,” the ruthless and vulnerable antihero Keisha Kash, a Supermodel boss.

The character Keisha Kash, based on the book is very similar to the author’s former boss, Tyra Banks. And the character Pablo is “very Jay Manuel” on print.

“Keisha and Pablo are absolutely inspired by Tyra and I and in some ways, sure. I'm not even going to deny that. But a lot of it is not us.

“There are a lot of things that are not true but rather part of the character. And really when I was in the writing process, even in the first draft, I saw the characters and and not the people they are inspired by, which is really important to note because finding that line of delineation was important.

“What I look at as a similarity, which was very important to me, was to point out the career pressures of this Black supermodel which I know Tyra faced.

“And I watched her struggle with that because here you’re working in a world that's run predominantly by white men that celebrates white aesthetics and here you’re in this pressure cooker of a world and really she forged a career where she becomes this diamond, but in the case of my book, a flawed one.

“And so there are similarities but in terms of what’s happening narrative-wise my book is not a Roman à clef. This is not just me switching names,” says Manuel.

Every one in the fashion industry is aware of Jay’s falling out friendship with Tyra after Jay resigned from ANTM after cycle 18.

Jay’s off-screen role was as a famous makeup artist and close friend of Tyra Banks. But his exit from the reality show is the reason for his relationship with Banks changing for the worse.

Manuel and Banks met while Manuel was working as a makeup artist. He did Tyra’s makeup for an event when the supermodel’s makeup artist missed his flight.

“She was presenting at the GQ Man of the Year Awards and I went to the hotel room, by the way, I did her makeup for free as a test, she’s like ‘Well I’m gonna test him out,’ so I did her makeup,” Jay recalls.

From there, Banks and Manuel continued working together for major events and the two became personal friends.

Jay admits that Tyra came to him with the idea to do ANTM until the first episode aired. Jay was a huge contributor to the success of ANTM as the show’s creative director and conceptualized all photo shoots throughout the competition.

The fallout began when ANTM became one of most-watched shows during its season three premiere.

Manuel says: “The show began to change as the show became more popular. At first, I had full creative control over the photoshoots but then the show’s executives began enforcing their input, which sometimes made me uncomfortable.”

Manuel recalls a shoot during cycle 4 in which executives forced him to direct a shoot that had the contestant’s swap races.

“As a person who identifies as biracial, I wasn’t comfortable. I spoke with producers about his reservations but the terms of my contract didn’t allow me to say no. Producers edited the shoot and eliminated my involvement as a compromise.”

As show went on, Jay wasn’t happy with the show after experiencing a toxic work culture. The staff were fearful of voicing their concerns.

“After my contract was up at the end of cycle 4, I spoke with Tyra about very genuinely ‘I feel like I’ve given all I can to the show and I’m gonna work on other things’ – Tyra’s a businesswoman and I thought ‘For sure she’d understand.’

“I thought I was being very lovely and respectful…she just had two words for me: I’m disappointed. And that was it, that was the end of the discussion. Our friendship never recovered.”

When Jay returned to the show, but not as creative director. He began working as a judge instead as a compromise when executives could not find a replacement.

“It was the first time, Tyra and I, saw each other after our phone conversation. Tyra didn’t speak to me. The only interaction I had with her was on camera,” says Jay.

Behind the scenes, he says the environment grew more toxic, calling Banks’ attitude toward him “emotionally manipulative” and agrees that it was an abuse of power.

Jay left ANTM for good after cycle 18. Tyra later apologized to him, but their close personal relationship was indeed over.

As for his experience on the show, you can read it in his fictional novel The Wig, the Bitch and the Meltdown.

As a TV personality, Jay Manuel spent 20 years on both sides of the camera working with the world's most celebrated celebrities and for fashion industry magazines as a Fashion Correspondent, Series Regular, Host, Judge, Creative Director and Executive Producer on some of the decade's hottest television shows.

Jay is most well recognized as Fashion Correspondent for E! Network and as the inspired Creative Director and Producer of the global phenomenon America's Next Top Model.

Jay was also the Host and Executive Producer of Canada's Next Top Model.

Jay also covers the glamorous red-carpet world of celebrity fashion and beauty at the Emmys, the SAG Awards, the Grammys, the Golden Globes, and the Oscars.

The Go-go’s in retrospect