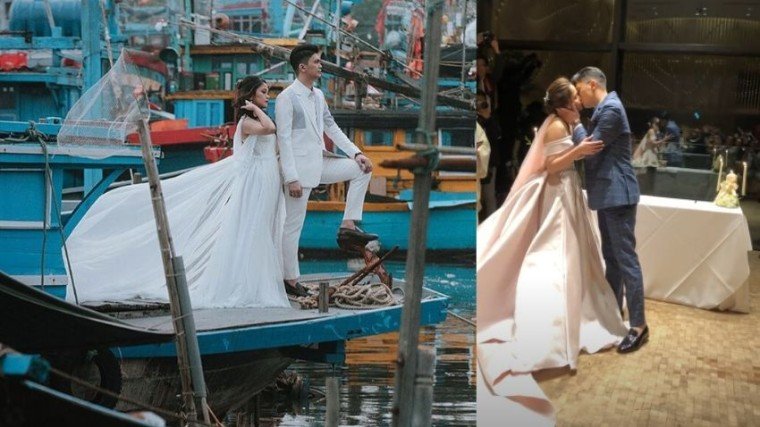 Tanya, for her part, wrote: “I never liked him. I didn’t find him funny - ‘Jim Carrey-wannabe’. That slowly changed. In my eyes he became perfect.”

The public had no idea that they will be exchaging “I dos” some four hours after their respective uploads.

The Kapamilya actor-host tied the knot with girlfriend Tanya in a ceremony attended by their families and circle of showbiz and non-showbiz friends in Kyoto, Japan.

Vhong's co-host in noon time show It's Showtime, Kuya Kim Atienza, was among the first to share the video of the wedding ceremony on his Instagram.

The newly-wed couple have been together for 11 before decided to officially seal their long-time relationship with the sacrament of marriage.

Pika's Pick: Vhong Navarro and fiance Winona Bautisa drop their stunning prenup photos one by one and we’re all captivated