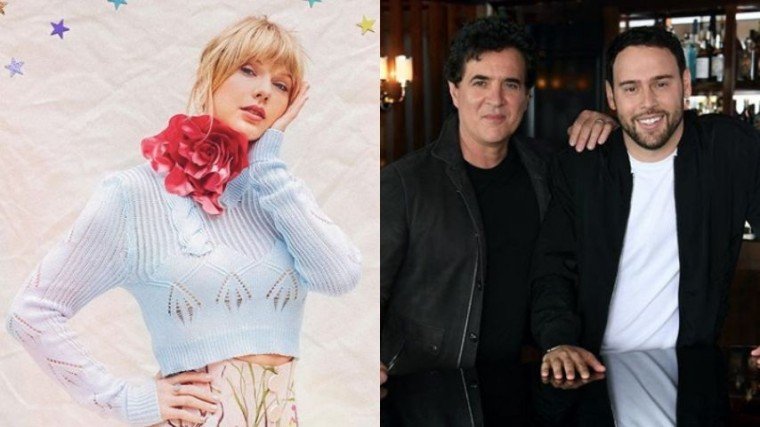 “Instead I was given an opportunity to sign back up to Big Machine Records and ‘earn’ one album back at a time, one for every new one I turned in. I walked away because I knew once I signed that contract,  Scott Borchetta would sell the label, thereby selling me and my future," ayon pa kay Taylor na tinawag ang pangyayaring ito na "her worst scenario".

Dagdag pa niya: "Now Scooter has stripped me of my life’s work, that I wasn’t given an opportunity to buy. Essentially, my musical legacy is about to lie in the hands of someone who tried to dismantle it.”

Adele:  “We’re the artists, and we should be allowed to decide”
Camilla Cabelo: "I don’t know a lot about what’s going on but I will say I really believe artists should own their own life’s work

Shawn Mendes: “This is too painful, I stand with her, as always. X”

Cara Delevingne: "Gentleman? @haileybieber @justinbieber you must be bored. I wish you spent less time sticking up for men and more time trying to understand women and respecting their valid reactions. As a married man, you should be lifting women up instead of tearing them down because you are threatened. I am not sure you actually understand what an apology is. This issue that @taylorswift is talking out is about far more than a picture and you know that. As you said, you haven't spoken to her in years which means you definitely don't understand the situation. I do. Take a step back and try to learn from this. We should all be on the same team. End of story."

Todrick Hall: "For those asking, I left Scooter Braun a long time ago...I am saddened by this news, but not shocked. He is an evil person who's only concern is his wealth and feeding his disgusting ego. I believe he is homophobic & I know from his own mouth that he is not a Swift fan."

Halsey: "Taylor Swift is a huge reason why I always insisted to write my own music. She catapulted her stadium into the Milky Way. And it turns my guts that no matter how much power or success a woman has in this life, you are still susceptible to someone coming along and making you feel powerless out of spite. It speaks volumes to how far we have to come in the music industry. The way writers are treated. How as an entertainer you are respected but as a writer you're walked all over. Even when you are both in one single body. I am standing with her."

Mandy Teefey: “@Taylorswift I wish I could give you a big hug right now! Thank you for speaking out about this and teaching future young artists about protecting themselves. I don’t understand the pleasure of power plays to simply hurt people.

Iggy Azalea: "I think from what I can see; it's more about the fact they didn't even give her the opportunity to at least bid on her own masters; when she's made it known she wanted to purchase. I can totally understand where she's coming from. Telling someone about a deal days before it’s public means the deal was already done & she never had the opportunity to even make a bid to own her own work. These deals take months to negotiate in long form."

Martha Hunt: "Sad day for music, esp considering Taylor’s generous contributions to the industry. :( This is about protecting artists. Taylor courageously exposed a grown man who has time + time again proven his obsession with holding her down, like his reputation precedes him. He doesn’t deserve a morsel of control over the archives of her past. Taylor doesn’t deserve for someone who has constantly BULLIED her to OWN THE RIGHTS to her blood, sweat, + tears. It’s not the dark ages - artists shouldn’t be held down, and I couldn’t be prouder of my friend for standing up for what’s right. End of story."

Haim: "Read this. We support you @taylorswift. This is the dark sh— in our industry that no one sees.”

Joseph Kahn: "I feel terrible for Taylor. This is the record business at it’s most ruthless and shady. She is genuinely one of the nicest people ever and does not deserve this. She should own her work. These people are soulless.”

Kelsea Ballerini: "I’ve reached out to her and love her very much."

“Scooter is open to having a private conversation with Taylor to clear up everything that went down. He reposted some messages of support on his Instagram Stories, but he has no intention of releasing a formal statement and blowing up the situation even more than it already has been. This is between Scooter and Taylor, not the world.”

Emilia Clarke and other GoT stars, a whooping $1.2M per episode ang paycheck 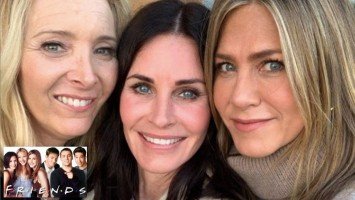 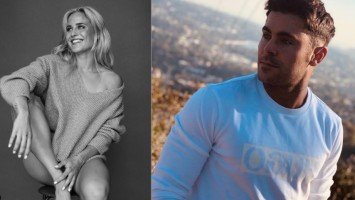