Willie Revillame cursed at once again by another "Wowowin" contestant 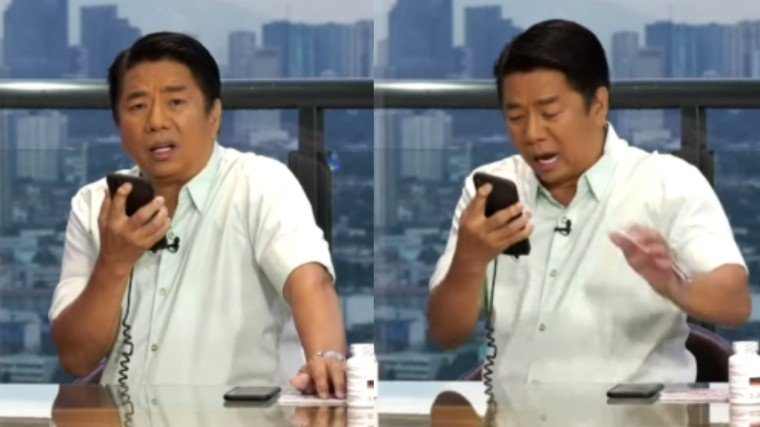 Another "cursed" moment for Willie Revillame as another contestant caller shouted an expletive towards the television host!

It is another deja-vu moment for Willie Revillame in his variety show Wowowin, as another contestant caller cursed at him over the phone last Tuesday, October 13.

After Revillame asked the contestant to confirm her name, he bade farewell in jest. This prompted the caller, who happened to be a 17-year-old girl named Glaiza, to curse at the television host.

"T*ng*na mo!" Glaiza shouted over the phone, causing Willie to be in a state of shock in his "Tutok To Win" segment of the Kapuso show.

After repeatedly telling the Grade 12 student from Ilocos Sur who he is, Revillame asked her why she cursed at him, to which she replied that she thought he was a prank caller.

Revillame, then, advised her and future callers to never curse at phone callers even when calls are scams.

"Tutok To Win" is a segment that gives chance to contestants nationwide to get P5000 or more, as part of Revillame's way of helping Filipinos amidst these trying times caused by the COVID-19 pandemic.

Despite being cursed at, Revillame gave Glaiza P20,000 and an Android tablet that can help her with her online classes.

This was not the first time Revillame was cursed by a caller on national television. It could be recalled that last May, he was also called  "G*go!" by a contestant after thinking he was a prank caller.

Watch the recent, hilarious occurence in Wowowin below, by the 35:16 mark.