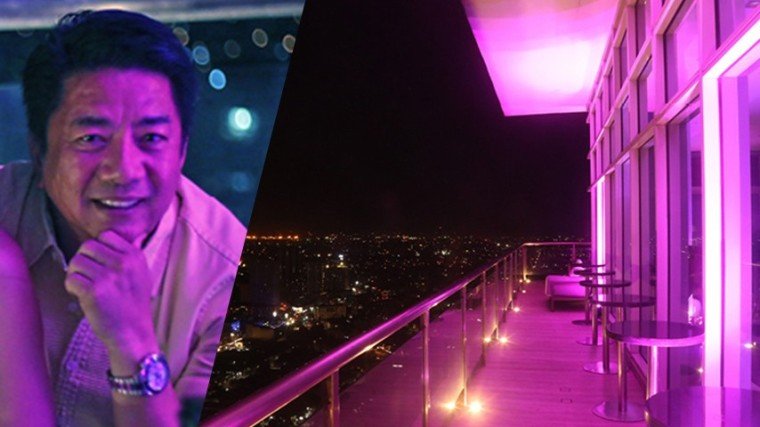 Willie Revillame is one of the most, if not the most controversial—and also most interesting—personalities to grace Philippine TV.

He’s been to all the top three TV networks—Wowowee on ABS-CBN from 2005 to 2010; Wowowillie on TV-5 from January to October of 2013; and his Wowowin now airs on GMA-7 since May 2015—without compromising his hosting brand and show concept.

As TV host-producer, Willie, a former jeepney barker turned drummer, was able to transform himself into one of showbiz’s richest talents. From not knowing where to get his next meal, Willie, now 57, lives the kind of life that we all seem to only see in movies.

And he doesn’t hide this lavish lifestyle. Nor does he apologize for it. He worked hard for it, he says. And that he didn’t get his money from the public coffers as corrupt politicians would.

Since his days in ABS-CBN, where he amassed most of his millions, Willie—who has good foresight—began purchasing prime properties, with already a clear view of what he wanted to do with it.

Case in point are the three parcels of land in front of the ABS-CBN compound in Quezon City. One of the lands was formerly owned by his ABS-CBN boss, Freddie Garcia. He bought it in 2008 for a whopping 47M; and in the subsequent years he’s also able to acquire the two adjoining lots, also for a reported 47M each.

The three lots, totaling some 5,000 square meters, is where Wil Tower now stands. The commercial-residential tower—supposedly a twin tower—is his joint project with former senator and property developer Manuel Villar, a staunch supporter of his shows and whom Willie has also supported in his failed presidential campaign in 2010.

Among his deal with Senator Villar’s Vista Land is that he gets to own the top three floors of tower one, as well as the commercial area of the proposed twin tower.

When tower one was completed in 2013, he focused his energy on developing the Wil Tower Mall, a four-story commercial space that later also soon house his office and his W Bar and Wil Steak Town Restaurant.

The Wil Tower Mall, furnished by no less than the internationally renowed industrial designer Kenneth Cobonpue, had its grand opening on September 15, 2013; but two years later, Willie sold it back to the Villars admitting that operating a mall is not his cup of tea,

Willie then focused on developing the top three floors that he owns, with the topmost being considered to house a helipad (since he owns one, apart from a  34-seater private plane and a 94-foot yacht).

Originally, Willie was considering to make the 42nd floor his other home, since Wil Tower is near his workplace. Earlier, too, he was getting offers to buy his Ayala Heights home—the same mansion he bought from his former ABS-CBN boss Gabby Lopez for a whopping 80M—thus, he wanted to build a new one.

But somewhere along the way, he changed his mind, and now the 42nd floor, the first to be developed, is home to a massive and opulent event place. He says the 43rd floor is next and he’s planning to make it into an all-glass party place that offers an unobstructed 360-degree view of the city.

Apart from all these, he’s also building a 5-star resort-hotel, which is just one of the structures to be found inside the five-hectare lot in Iruhin, Tagaytay which he acquired from the Madrigal family. The other finished structure there, so far, is his rest house that offers an infinity pool overlooking the Taal volcano.

Who knows what else he owns. What we know for certain is that this man, who describes his life as like the letter “W” —with many ups and downs— is one with impeccable taste in style and design. A taste that seemed inborn, not acquired.

See for yourself in this intensive first look at his 42nd penthouse events place. 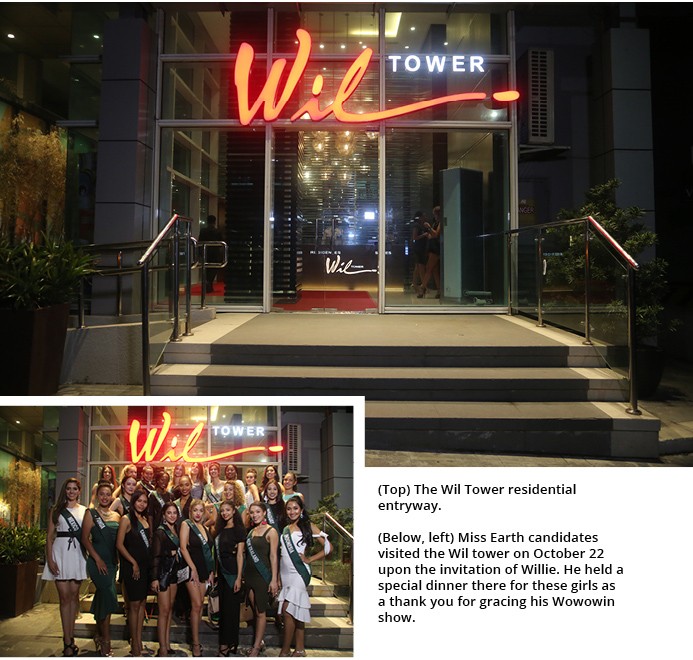 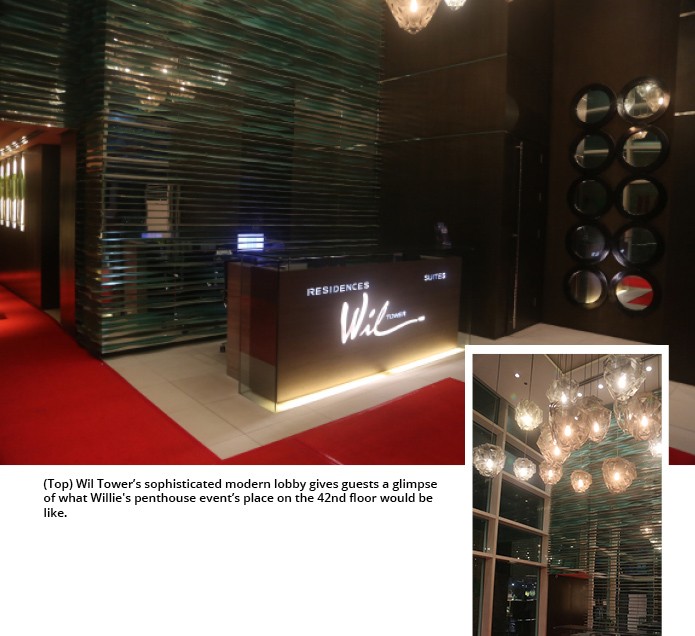 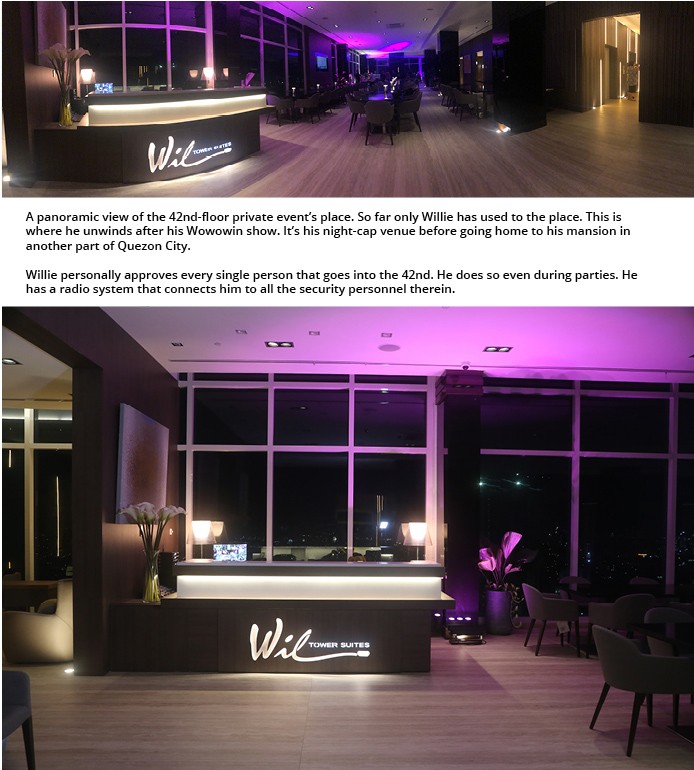 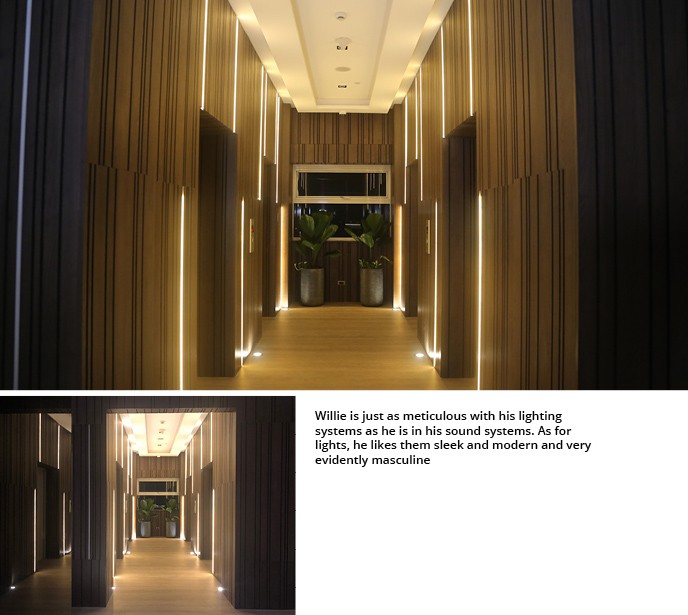 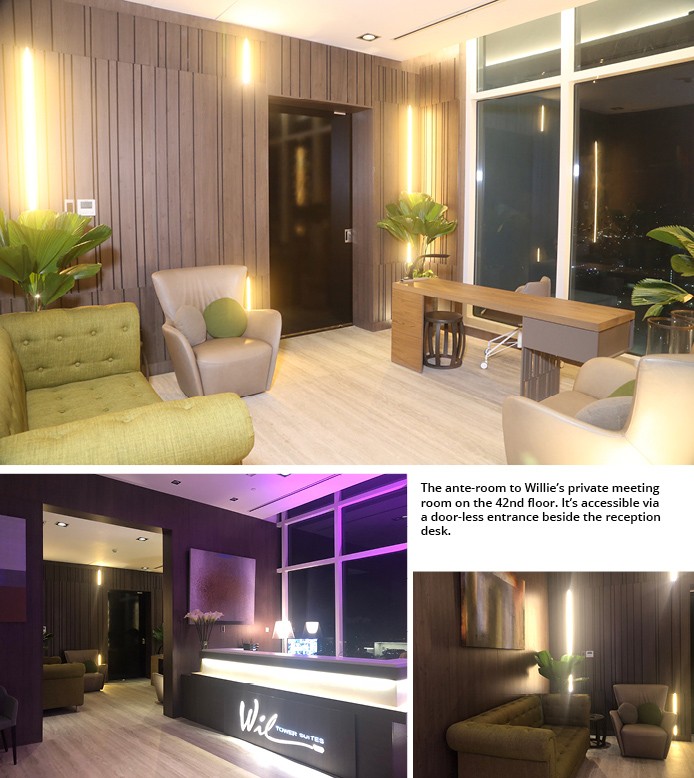 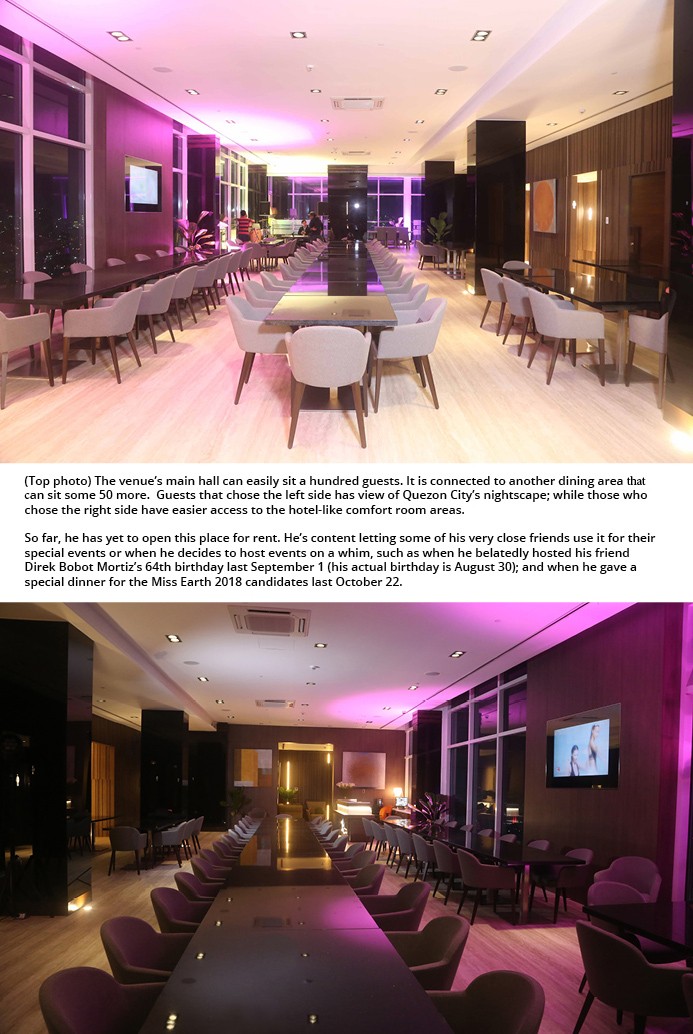 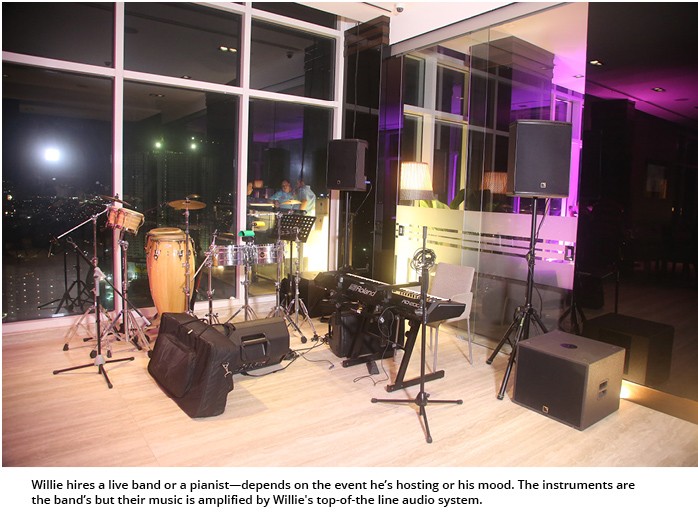 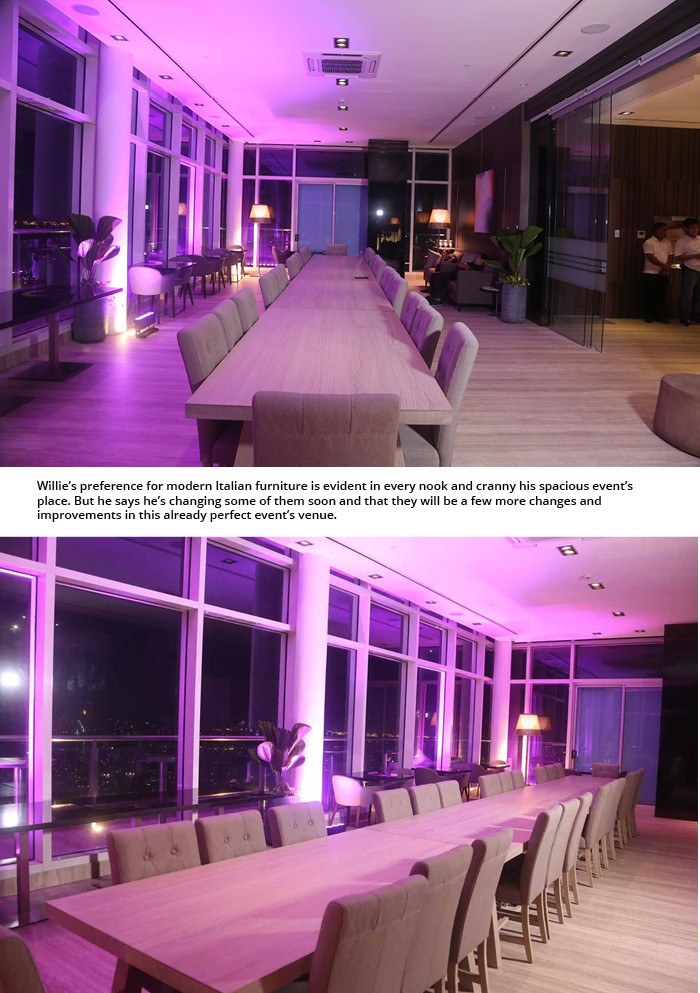 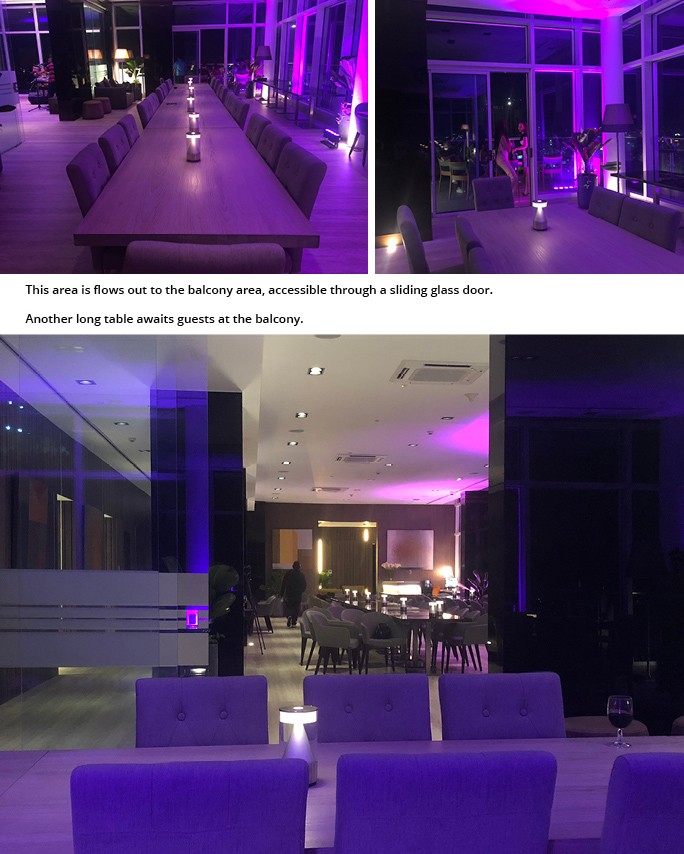 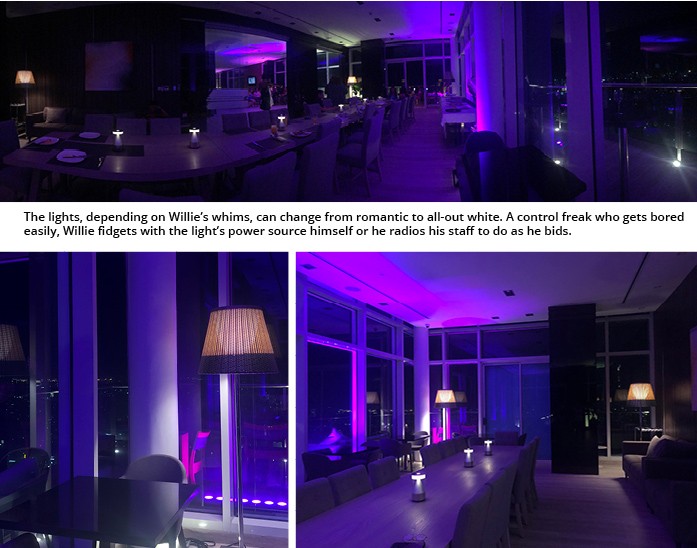 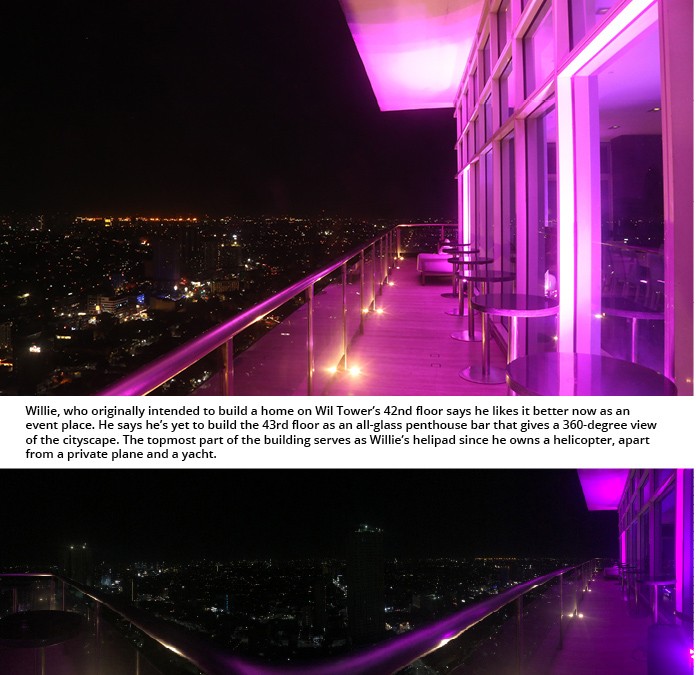 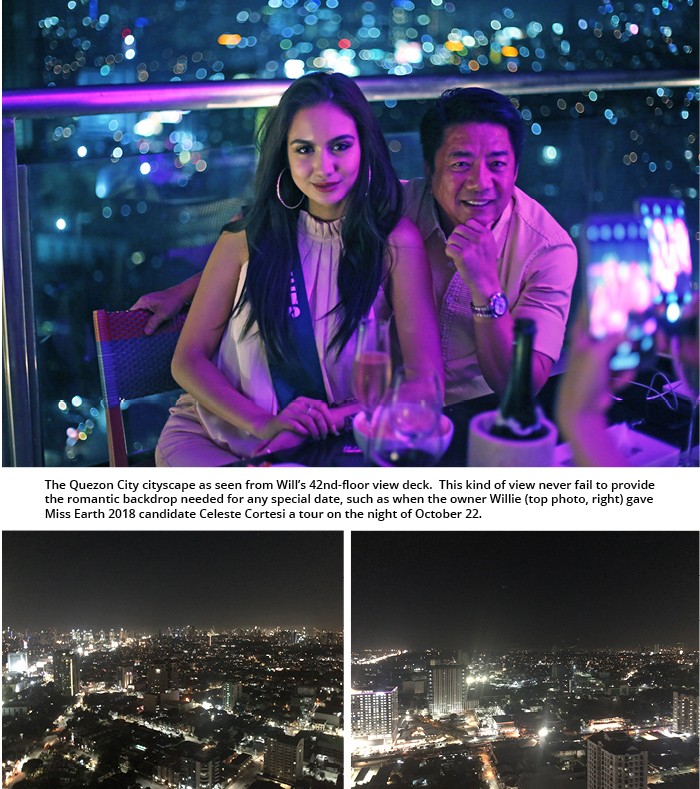 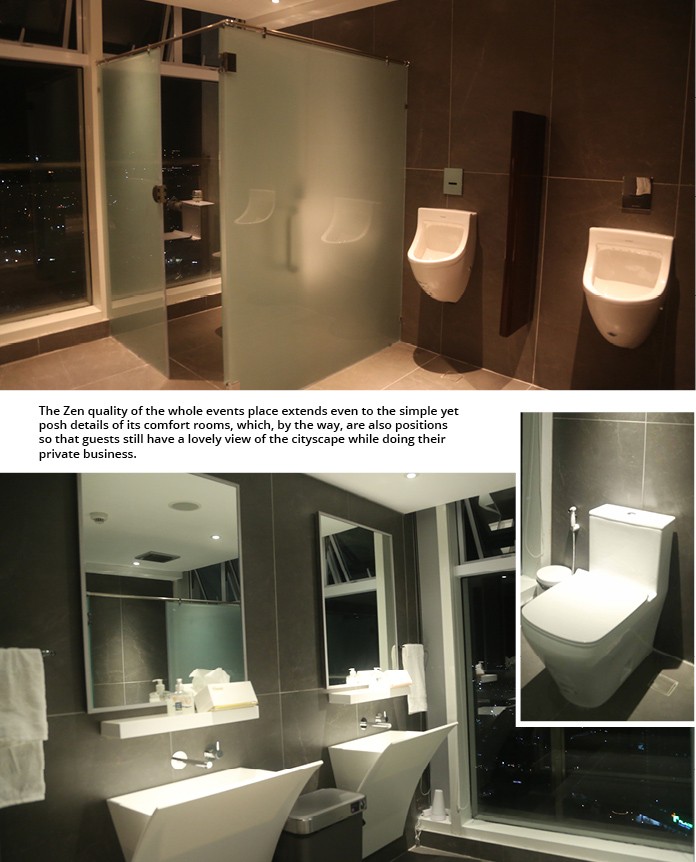 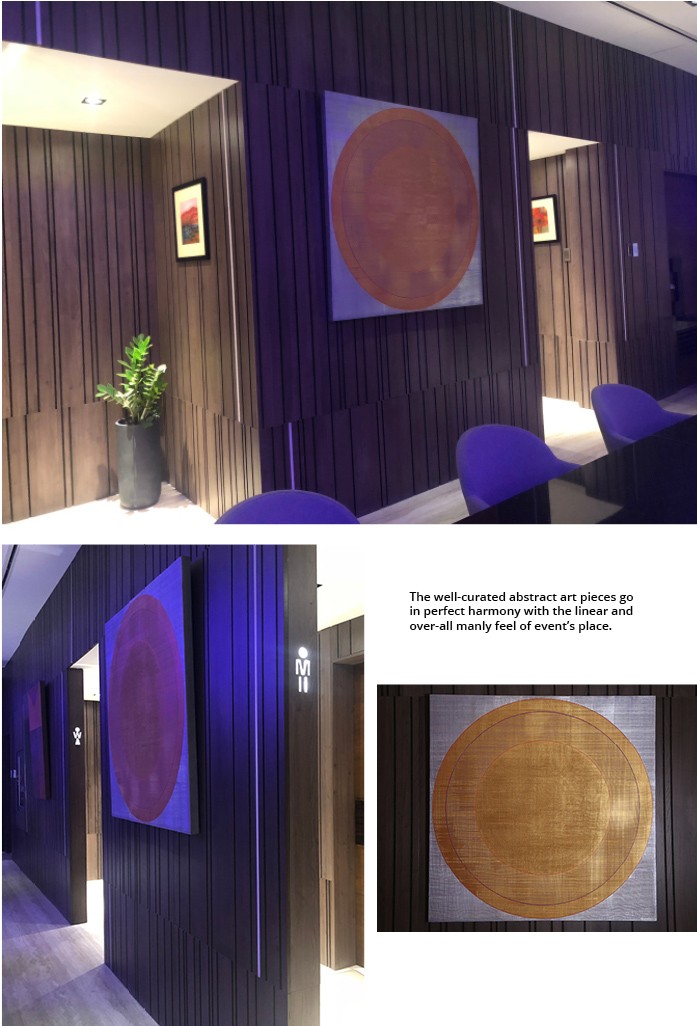 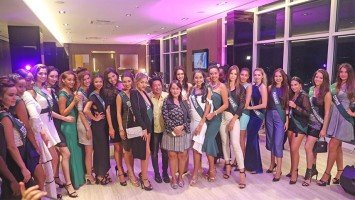 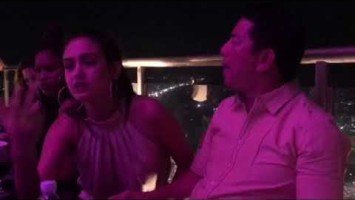