It was only five years ago when the Philippines first caught a glimpse of Ria Atayde.

The daughter of veteran actress Sylvia Sanchez and businessman Art Atayde made her presence known in the showbiz world last 2015 as a teacher in the family drama Ningning.

A few years later, she entered more drama roles in episodes of It's Showtime's Lenten Special, Maalaala Mo Kaya, Ipaglaban Mo!, and, quite notably, in My Dear Heart where she starred alongside Coney Reyes, Zanjoe Marudo, Bela Padilla, and Nayomi "Heart" Ramos.

She went on doing more supporting roles in drama series Halik and fantasy drama Parasite Island while appearing in films The Hows of Us and The Girl in the Orange Dress.

After a long stint in the Kapamilya network, Ria started a hosting stint in TV5's morning talk show Chika, Besh! where she hosts alongside Pokwang and Pauleen Luna-Sotto.

Now, Ria takes time off from her hosting duties to answer some of pikapika.ph's Random Questions.

What things does she collect? What is one lesson she has learned from a negative experience? What’s one big favor she has done for a friend? And why she fell in in a particular K-Drama. 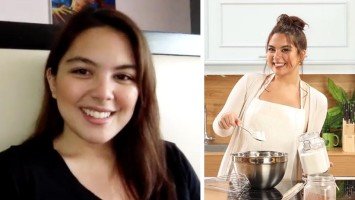 Ria Atayde, tinanggap ang hosting job sa TV 5 kahit walang experience dahil “...who says no to blessings at a time like this?” 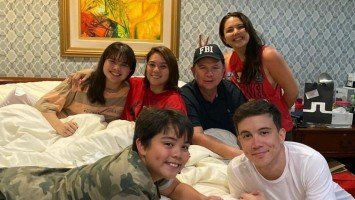