Get to know the members of the boy group ALAMAT in this "Sino'ng Pinaka--?" challenge

We asked the sing-and-dance PPop group who, among them, most likely fits the description we say. And we got to know the members of ALAMAT a little bit more through this game.

It could be recalled that it was only last February 11 when they were launched as Viva’s newest group under the creative direction of Ninuno Media, which is being helmed by director-screenwriter Jason Paul Laxamana.

Taneo, Mo, Jao, Kin, Tomas, R-Ji, Valfer, Gami, and Alas proudly incorporate different local languages of the Philippines and the country&#39;s heritage as part of their music and aesthetics.

The boys come from different parts of the Philippines, namely Kalinga, Zambales, Pampanga, Quezon City, Eastern Samar, Negros Occidental, Bohol, Albay, and Davao City. This gives them an edge as they promote different Filipino cultures through their music.

The music video for their debut track “kbye” released last February 14, now over 370,000 views on YouTube. You can currently stream it on digital music-streaming platforms like Spotify and Apple Music.

Watch ALAMAT play the “Sino’ng Pinaka--?” challenge by watching the video above! 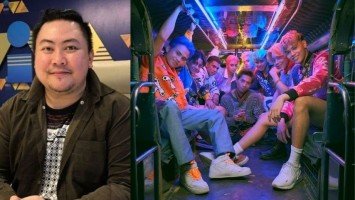 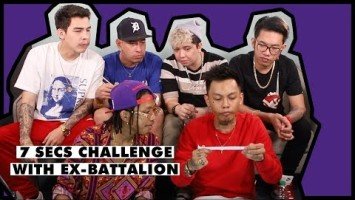