The phase of Ronnie Lazaro's life he regrets 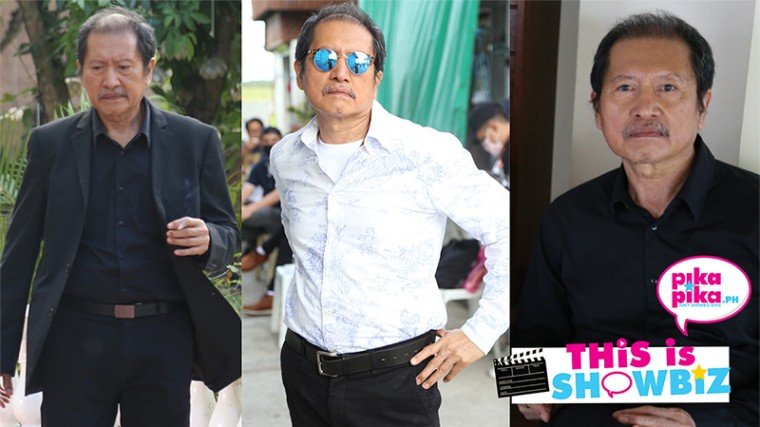 It is to Peque Gallaga’s credit, however, that he was able to create his own contingent of Ilonggo actors who are of immense talent. Among them are Joel Torre, Ronnie Lazaro, and Dwight Gaston.

Joel, of course, is the most successful among Peque’s discoveries. He started out as a reliable leading man, but graduated into an actor who can essay gritty characters in indie movies. Joel has three well-earned Gawad Urian trophies.

Dwight Gaston’s name may not be readily familiar in popular entertainment, but his face should be – having been a comedian on TV and in the movies once upon a time. He is, incidentally, also a costume designer and had played lead roles in a couple of indie films – the most memorable of which is Namit.

Ronnie Lazaro had stayed the longest in the entertainment profession. He was born and raised in Sagay, Negros Occidental, but moved to Bacolod where he caught Peque’s attention.

Having started in theater, Ronnie learned how to be versatile. Of course, he is an actor first and foremost. In the movies, he first dabbled in acting – in Mga Bilanggong Birhen that topbilled Alma Moreno. Later, he also appeared in Lino Brocka’s Gumising Ka, Maruja, which was shot in Bacolod. This film starred no less than the legendary movie queen, Susan Roces.

But there came a time when he also worked in the art department. He was, for instance, in the group of Peque Gallaga, who was the production designer of Ishmael Bernal’s Manila by Night. Aside from winning best picture, the film also won best production design.

Ronnie actually became a household name when he became part of the gag show Champoy on RPN-9. He shocked the viewing public, however, when he was cast as the guerrilla Hermes in Oro, Plata, Mata, which is one of the greatest Filipino films of all time.

The fact that he appeared as a resistance fighter in the Peque Gallaga masterpiece isn’t shocking per se. But fans of Champoy could hardly believe their eyes when he did frontal nudity in the movie. And then there were also talks that circulated about how he volunteered to be the double for actors with inhibitions in some of the explicit sex scenes.

One controversial sequence involved him and Cherie Gil. They were supposed to have sex there. Cherie, however, refused to disrobe. She told Peque that she was willing to do anything, except take off her clothes. And so Peque made her grab Ronnie’s crotch.

Ronnie went several rungs higher in the sex scene department in his first starring role – in Tikoy Aguiluz’ Boatman. He was a boatman who also dabbled as a torero (sex show performer) – with Sarsi Emmanuelle as partner.

Now 64, Ronnie Lazaro looks back at Boatman with regret. He claims that he did all those sex scenes as part of a phase in his life when he felt lost.

But Ronnie made up for all those mistakes – if you can call those that – by redeeming himself in his succeeding films. Thanks to the advent of independent cinema in 2005, a lot of roles were laid out for him. His crowning moment was when he won the Gawad Urian best actor trophy for Yanggaw in 2008.

Yanggaw is a horror movie about a girl who turns into a monster that kills and so she has to be chained. The girl, named Amor in the story, is played by Aleera Montalla. She also won the Gawad Urian best supporting actress trophy for this film.

It is Ronnie Lazaro, however, who has the more challenging role in movie. Playing Amor’s father, he gets into a crossroad as to what to do with his killing machine of a daughter. There are no big dramatic highlights in the film, but Ronnie manages to display a wide range of emotions – mostly agony – that resulted into the Urian trophy sailing into his hands for the first time.

In the Jon Red movie, Adarna Gang (now streaming on Vivamax), Ronnie plays another important role that may give him more acting honors in next year’s awards derbies. In this online site’s talk show, This is Showbiz, he talks about this current film of his and shares more information about his personal life.

Like did you know that he is married to a Spanish woman named Lola? They also have a very good-looking son named Gabriel. Yes, he is handsome enough to be in the movies, but isn’t really all that inclined to be an actor.

Not too many people know the real Ronnie Lazaro. He is actually one of the kindest and soft-spoken people in the entertainment industry.

Although he never became a major star in mainstream cinema, he is well-respected by his peers. And as far as the public is concerned, his name will always be associated with quality work.

His place in the movies is significant enough that the late Sigfreid Barros-Sanchez even made a film with Ronnie’s name in the title – Ang mga Kidnaper ni Ronnie Lazaro. How many big-name stars were given that kind of importance in cinema?

For an Ilonggo of humble origins, he had to work doubly hard for whatever success he has achieved in his 40 or so years in the entertainment field. For one, he had to tame his thick Ilonggo accent that became a setback for him when he tried to conquer Tagalog pictures.

He will also be the first to admit that he never possessed dashing movie star looks. Ronnie is realistic enough to accept that he could never be part of the glamorous circle of leading men.

But true talent prevailed. Thank heavens, Ronnie has a load of that. It was his acting gift, after all, that helped carve his niche in the rather fickle world of show business.

Actors of all types have come and gone. But Ronnie Lazaro is here to stay – Ilonggo accent and all.