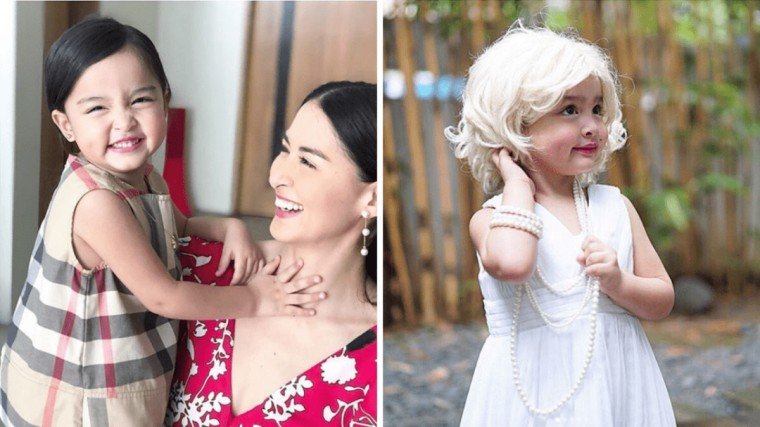 She may only be 2 years old, but Zia Dantes is already a Hollywood star—for today, that is.

The unica hija of stars Marian Rivera and Dingdong Dantes dressed up as Marilyn Monroe today for her school’s anniversary.

Zia was dressed similar to Marilyn’s look in the film The Seven Year Itch, where the actress wore the white dress now widely regarded as a film icon.

In an Instagram post, Marian revealed that she was the one who styled Zia for the event, while her husband Dingdong took photos of their daughter. The actress called it “early morning collaboration” between her and Dingdong.

See more photos of Zia in costume below:

Marian Rivera shows off her daughter Zia’s award on IG