Last March 8, Dingdong Dantes was launched as the first ever brand ambassador of Persian Avenue—a food brand that was established in 2014 by two passionate foodie brothers Arjay and Paolo Lapid of Angeles, Pampanga—at the SM North EDSA Annex Event Hall.

But more than four years after, Persian Avenue, its signature Beef Wrap, now boasts of having 44 branches including franchisees. Moreover, it has also leveled up by now having a celebrity endorser in the person of Dingdong, whom the Lapid brothers say they look up to because of his “integrity and good reputation.”

As for Dong, he says he’s always made sure he associates his name with brands that also reflect his values and he loves it that Persian Avenue is a product and brand “na hands-on na binuo ng isang family at inalagaan hanggang lumago.”

Moreover, Dong, who’s also a foodie, says he’s always been a fan of Persian cuisines and would go out of his way to get some before. But what sets Persian Avenue’s Beef Wrap (or shawarma), in particular, is that “hindi ito malitid.”

Here’s a quick glimpse of what happened during Dong’s launch: 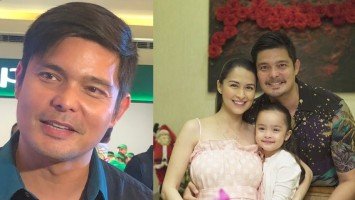