The #BiGuel loveteam of Bianca Umali and Miguel Tanfelix goes back on TV screen through GMA’7’s drama series Sahaya, a story of an ill-fated Badjaw girl, which premiere on March 18.

During the show’s media conference last March 11, Bianca and Miguel performed the Igal or Pangalay dance, which, according to primer.com.pm “is a traditional dance that originated from the islands of the maritime Southeast Asia. This form of ethnic dance is presented in different variations in Southeast Asian countries such as Malaysia and Cambodia.

In the Philippines, it is recognized as one of today’s most important cultural performance due to its distinct movements and postures.

“The Igal dance is composed of movements such as bended poses and swift flicks by the fingers, wrists and arms but still maintains a fluid and unique tempo throughout the performance. The ethnic groups within the Sama-Bajau practice the performance of Igal in different tribal festivities such as weddings and the celebration of a bountiful harvest. Performances usually present a story and are depicted not only through their movements but as well as the dancer’s facial expression and costume.” 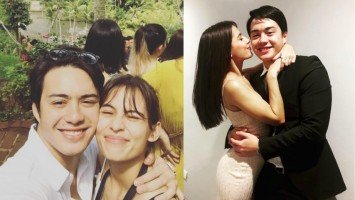